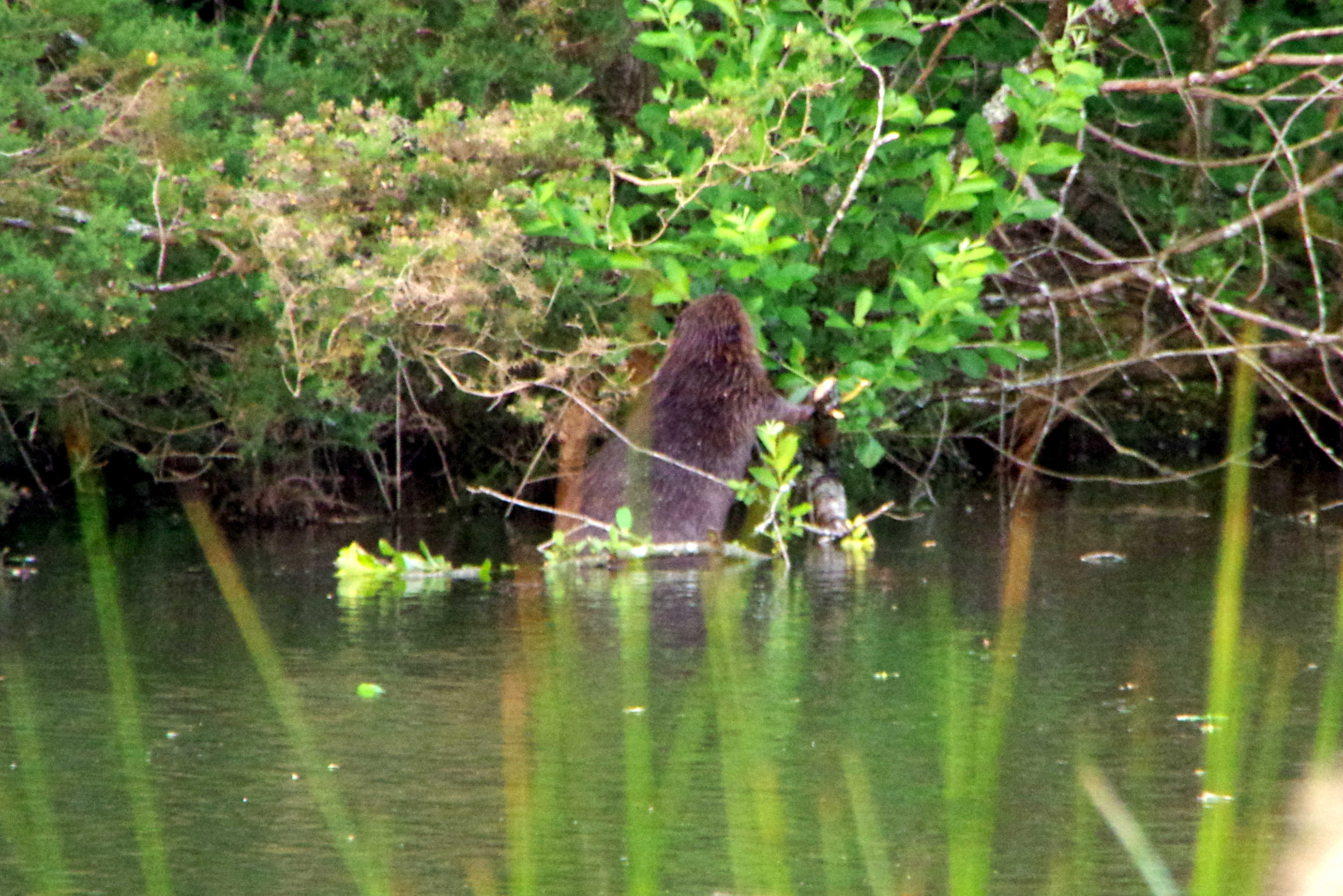 A beautiful sunny June evening made for a perfect outing to visit the beavers at Woodland Valley Farm in Ladock. This Cornish village has been subject to multiple flood events such as those in 2012, making it vital to understand what can be done to hold more water on the land for longer reducing the flood risk. 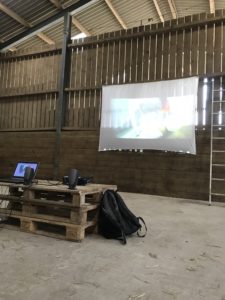 Members of the CCFF were invited to attend this natural flood management field trip led by Chris Jones of Woodland Valley Farm. We began by watching a short video (which you can view here) that gave us a little background to living with beavers, with an example from Germany. Beavers in one particular town here have prevented €650,000 worth of spending on flood protection!

In 2017, a pair of beavers were introduced to Woodland Valley Farm. Together with the Cornwall Wildlife Trust and the University of Exeter, they monitor the impacts on other wildlife, water quality and flood prevention. We took a walk down to part of the 1km stream located on the farm where Chis talked us through the hydrology studies conducted here from a depth gauge and a turbidity meter. Before the beavers were introduced, a steep peak could be seen on the hydrograph when a rainfall event occurred and a high discharge rate once the rain had stopped. The next significant rainfall to hit Ladock was 10 weeks after the beavers were introduced and, in that time, they had partially built 4 dams. The hydrograph produced was of a considerably lower amplitude and the flood event was much more spread out. Now, the peak flow of the river is around 20-25% lower and discharge rates now consistently reduced by 30-50%! 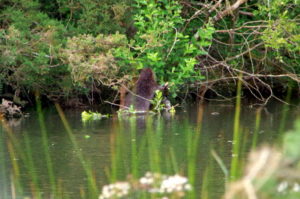 We were then guided into the beaver field where we spotted many of the dams that the beavers had constructed. With everyone looking closely through their binoculars, we were lucky enough to catch a glimpse of one of the beavers!

As dusk started to cover, we began to head back. But first, we were treated to one last sound of a beaver chomping away only a few feet from where we were gathered. A massive thanks to Chris Jones for his time and providing our members with a fantastic trip! For more photos, please see the video below. The CCFF would like to thanks members for sharing their photos with us.